Emma’s Pizza…Classic Example of what NOT to do on Twitter! 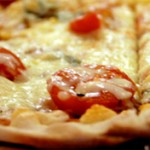 As a business owner, would you publicly call a customer a “dumb***” if they requested a menu substitution and failed to pay for it?

This is exactly what occurred at Emma’s Pizza  in Cambridge, MA.

“where in ‘substitutions are welcome’ does it read it’s free? Adding meatballs to a Pressed Veggie Sdwch is nasty and will cost u, dumb***.”

“She made a scene in my store when she was told how much something that is not on the menu cost. Called like seen + MYOB.”

“I never mentioned names which hardly makes it a public berating. I’m wondering who asked you how to run my biz anyway? #MYOB”

“If @emmaspizza treats their customers so badly as to attack them on Twitter, I certainly will never eat there if I am in Boston.”

Instead of stopping there, Emma’s Pizza Tweets,

“we’re being twitter bullied” and “a woman refused to pay for what she ordered and ate at my store, she is a dumb***. Why chime in when you don’t know?”

The bullying comment intensified the conversation with another individual tweeting,

“Teens are killing themselves from online bullying and @emmaspizza makes light of a serious issue by calling meatball complaints ‘bullying’”.

“did not intend to make light of bullying. promise. sorry to anyone offended on that note. woman who didn’t pay is still a dumb***.”

Really?  Did he need to call the customer a “dumb***” again?

Finally, the whole saga ends with an apology from Jeff, the pizza restaurant owner with five Tweets.

“dear everyone, sorry to have made such a SM mess of ourselves. i accept full responsibility for choosing my words so poorly and for not”

“remembering that the people i’m reaching are the ones who i might rub the wrong way. i was just looking for a laugh to wipe away a less”

“than memorable moment at the store. the last thing i would want to do is to put a bad taste in anyone’s mouth, it’s the opposite of”

“this has been a humbling experience, and i pledge to use this forum more responsibly and with you all in mind. truly yours, jeff w, owner”

What do you think?  Did Jeff use Twitter wisely?  If no, how should he have handled the situation?